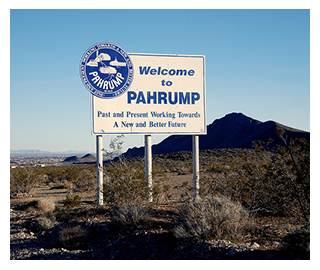 At Pahrump Bail Bonds we offer our customers with a 100 % money back guarantee on any Bail Bond written by our company in the event the Defendant is not released from custody on the Bail Bond executed for his or her release.

This should be standard practice with all Bail Bond Companies, but we have heard stories that there are companies that have kept premium and the defendant was never released form custody.

How Bail Works In Pahrump

The fee to post a bail bond in the State of Nevada is 15% of the total bail amount as required by state law (NRS 697.300) Once the contracts are filled out and signed, the premium for bail bond is paid which is Non-Refundable, the bail bond company will deliver a bail bond for the full amount to the county jail in which the defendant is incarcerated for his release. Depending on the facility in which he or she is located at will determine the release time. Times vary from 2-10 hours. We at Pahrump Bail Bonds will do everything possible to speed up the process.

Pahrump Bail Bonds will walk you through the whole process from start to finish.

I would recommend this bail bond company in Pahrump. As a fellow bail bondsman in Las Vegas I can say this company is ethical and cares for each client they help. - Las Vegas Bail Bonds

I have known this bail bond company for many years and I can say with the highest confidence they are reputable. - Los Angeles Criminal Lawyer

Do yourself a favor and make sure to use bail bondsman that is properly licensed. I know Pahrump Bail Bonds is legit! - San Diego Criminal Attorney

You are dealing with a troubling time, your friend or loved one is in jail and their freedom is a priority. Lean on a fast, friendly, and knowledgable bail bond agency. Call Pahrump Bail Bonds Now!

See if Your Bail Question is Answered Below!

How can I pay the premium?

It may be paid by cash, credit-debit card, or cashiers check.

Do I have to put up collateral for the bail bond?

Not always, it depends on the amount of the bond and the person co-signing, (credit, job history, etc.)

What happens if the defendant fails to appear in court?

The Bonding either has to help the defendant get back on calendar before the court, locate the defendant and put him back in custody, or pay full amount of the bond to the court.

As the co-signer, what am I responsible for?

Being the co-signer means you are responsible for the full amount of the bond until the bail bond is exonerated by the courts.

Is the premium refundable?

How much does it cost for a bail bond?

As soon as the jail has bail bond information to provide to the Bonding Company.

"I can personally vouch for this company when it comes integrity and how they do business. If you need bail call Pahrump Bail Bonds!"

"I can say Pahrump Bail Bonds is the most caring company I have dealt with in Pahrump. These people are well informed about the bail bond process. I recommend them to anyone in Pahrump."

"I was visiting a old family friend when I got arrested for an outstanding warrant from 15 years ago. I called Pahrump Bail Bonds and they were able to help me resolve this issue quickly."